Each day I’ve been in the city I’ve ventured out a bit further from home base. Most of my wandering happens at night when it is cooler. During the day I have been working on logistics such as setting up my cell phone and figuring out money management here (I successfully withdrew money from an ATM yesterday using my Bank of America debit card!).

Most of my walks have been along the main road, University Avenue, in the northern part of the city. The acrid taste of diesel fumes are a downer, but the sights along the road are incredible.

In an earlier post I spoke of the sidewalk issue. Here is a picture of a typical solution (walk in the road!). Walking the streets in general here requires nerves of steel. Cars always have the right of way.

You can see that the traffic can get pretty intense. Apparently there used to be very few cars here but that there has been a huge increase as the country has opened up. 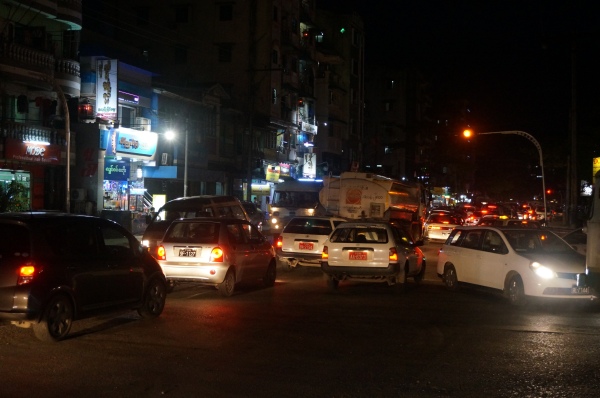 Here is one of the buses. Not sure I’ll be trying these out. 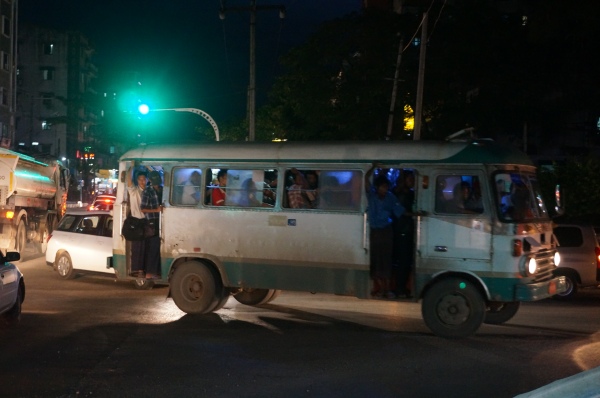 People hanging out on the street:

I was shocked to see someone in the city writing by candlelight. 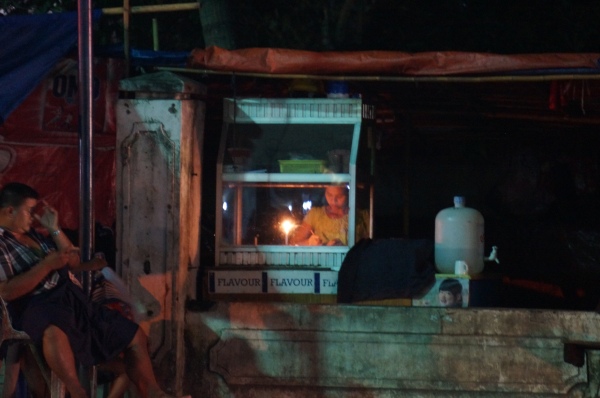 This is the norm — something I’ve been told I will get used to. Fortunately it dries quickly in the heat! 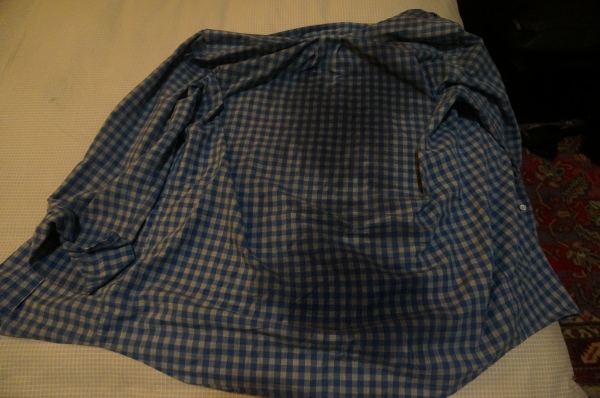 Although I don’t start work until next Monday, I have started to drop by the office. For example, on the housing front, I have decided to engage with a local Burmese broker, someone who others have worked with but who does not speak English, so I had the receptionist translate for me.

One thought on “Venturing Out”