Today is a public holiday in Myanmar, so I had the day off from work. The holiday, which is Buddhist, is called “Thadingyut” or Full Moon Day.

This may sound strange, but I was on a taxi ride out to North Dagon where I was staying, and I must have made an impression on the taxi driver and his wife (who were both in the car), as they asked me for my phone number saying that they wanted to be friends with me. I didn’t give out my number, but I did take theirs, and today I decided to give them a ring.

Keep in mind that my Burmese is probably better than their English (and my Burmese is very basic). Nonetheless we arranged to meet at Yankin Center and we ended up spending the day together. I was on high alert and ready to react in case anything fishy happened.

The taxi driver and I went on a ferris wheel in a park by Inya Lake. 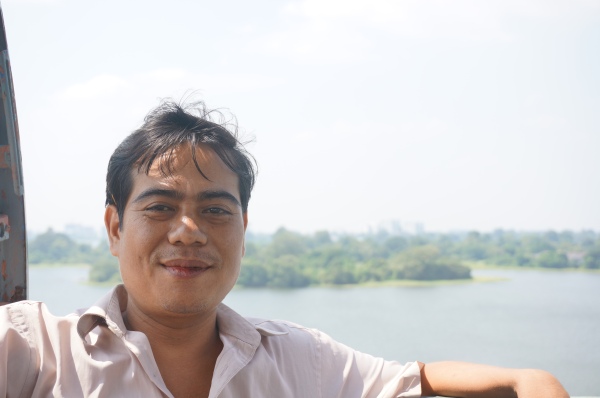 It wasn’t until near the top that I realized how rusty it was, but at that point I let the thought pass through my mind (I also didn’t notice that the door was ajar): 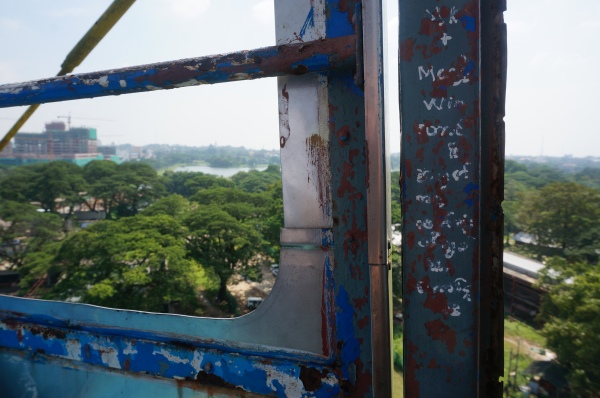 In the distance you can see Shwedagon Pagoda. I still haven’t been yet, but I believe it is the largest pagoda in Yangon.

What you see here on the water is actually part of a driving range. 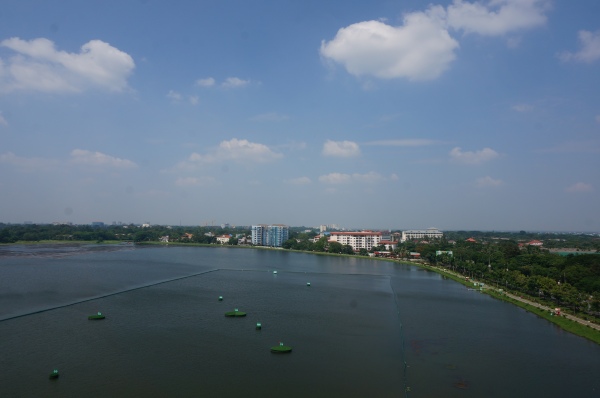 Here are a couple pictures from the park (the first is the taxi driver and his wife):

I was then invited to their house in North Dagon, which is where we went next.

This picture is with two of their three daughters and the taxi driver’s sister (I believe).

This one is with two of their daughters and the taxi driver’s wife:

Here are two of the daughters:

The house overall seemed ok, but it was clear that this wouldn’t be up to western standards. You can see one of the walls of their living room in the background here: 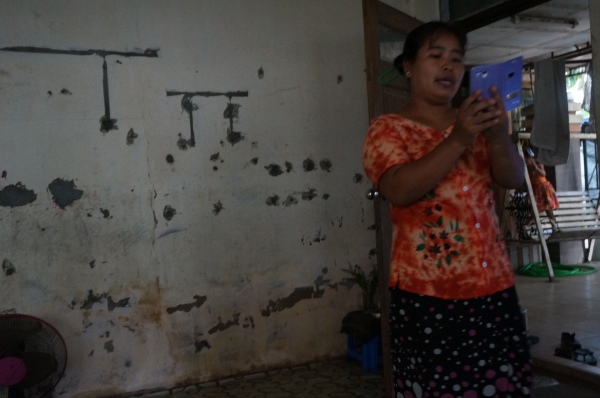 Overall, the day was very nice, and their kids are adorable. And talk about an incredible amount of Burmese language practice! But with that said, a couple comments where made by the wife that made me feel a bit uncomfortable (such as the repeated questions about whether I was married or had a girlfriend, as well as a question about whether or not I have a lot of money). It’s a shame because the family seems fantastic, but I think it’s probably best for me to keep some distance.

One thought on “A Taxi Driver and His Family on Thadingyut”