I wanted to provide a quick update, although there isn’t a whole lot to update on. I continue to work on exploring different paths for next steps while keeping my antennas up for potential short-term consulting work.

Last week I completed my first paid consulting contract (a couple days work), which was with the Chin Human Rights Organization (http://chro.ca). I helped them take a pile of raw data on flood/landslide damages from Chin State and structure/analyze/present it to both aid organizations and local community-based organizations with the goal of helping to efficiently channeling resources to the people in need.

Aside from that, I have been trying to structure my days to give myself a goal and keep myself feeling as if I am building toward something. I was inspired by a hilarious blog post about procrastination (“How to Beat Procrastination“) on a blog called “Wait but Why” which talked about placing one brick each day in order to build a house – that is, to accomplish larger goals (by the way, here is the original post in the series on Procrastination that hooked me: Procrastination Matrix – warning: it’s a bit brash). To that end, I have been trying to devote about 1 hour per day to each of the following areas, which in the short term don’t seem that exciting, but hopefully in the long term will bear fruit:

That fills up about 5 hours per day, with some flex time for meals, breaks, other things that come up, chores, or some items that take more than one hour. For today, I’ll provide an update on two of those.

1. Local start-up opportunities: I continue to meet with my friend about potential paths to start a business here in Myanmar. For a while we were thinking of a model that would serve ex-pats but hire locals. I was able to triangulate in on an estimate for total ex-pats living in Myanmar (from developed nations), which comes to about 10,000 people. Assuming multiple people per family, this number is maybe more like 5,000 family units. Even if each family spent $100/year with the company, the total market size would be $500,000. Assuming we could capture 50% of the market (which is aggressive), that means at scale the business would generate $250,000 in revenue (needed to cover all costs). Quite a small market. So because of that we are now pivoting to consider other potential paths, but a lot is still up in the air.

2. Creative time: This is a more recent addition, which sort of spawned out of the vacuum of time I have here when I would be doing something like watching TV (although we don’t have cable), watching a movie (although legally buying/renting movies here is challenging/expensive), or reading a book (sometimes I’m just too tired or unmotivated). I have recently really gotten into an animation studio called Studio Ghibli (now defunct). Perhaps the preeminent Japanese animation studio, which was led by Hayao Miyazaki, one of the greatest animators (arguably up there with Walt Disney), it has been known for its production of classic animated movies such as My Neighbor Totoro. Throughout my life I’ve loved to sketch, and I’ve faded in and out of it at different points in time. However, watching some of these hand-drawn movies has been inspiring, so I’ve taken up sketch again (at least for now). In a previous sketching kick back in Boston last year, I had bought a set of sketch pencils and eraser, which I had brought with me here. I started out with a simple line drawing, but I’ve never really learned how to shade, so that’s something I’ve just started to try as well.

Line drawing inspired by My Neighbor Totoro (which I replicated from looking at a picture):

A sketch based off of the shading tutorial by Will Kemp Art School (after realizing that I really need to start adding shading to my line drawings without fearing that I’m going to ruin them):

I started to get frustrated the other day when I was pondering why I stopped taking art classes (the last time I can remember taking one is my freshman year of high school), as it is something I enjoyed and still enjoy. I guess poetry sort of took its place (and then some acting) in high school, and then more creative writing in college, but this seemed to fall by the wayside as “adult life” overtook things, popping back up over the years now and again. Feels like there could have been a healthier way to balance art (or artistic creativity more generally) and business/work, but who knows.

Another quick update is that my roommate (co-lead of Proximty’s design team), has officially launched the new product he’s been working on for the last couple years. It is a solar pump for rural farmers here in Myanmar. Here’s a picture I took from the product launch: 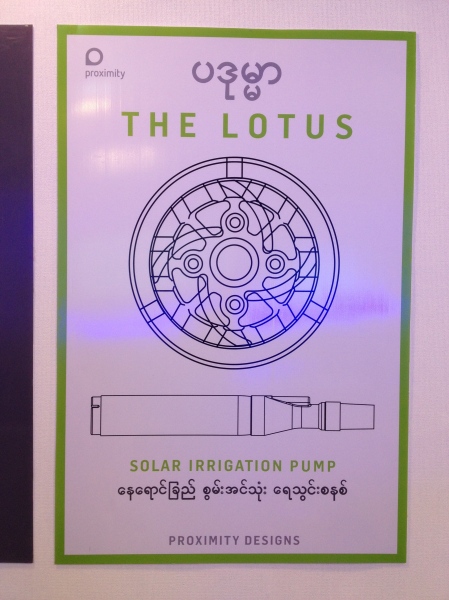 Here’s a really cool view of Shwedagon Pagoda that I had while eating at a pizza restaurant one night: 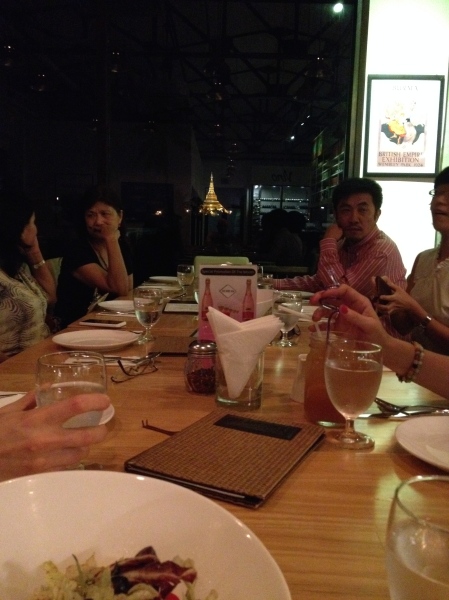 Here’s a great restaurant that I went to that featured Shan style food: 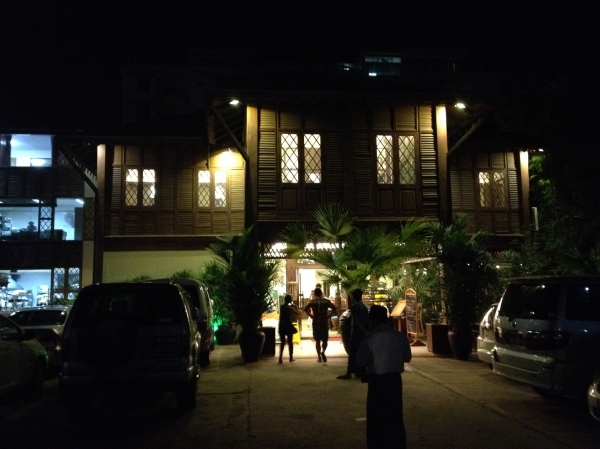