So there’s a peculiar thing if you live in a place like Myanmar. Every once in a while you are supposed to fly out of the country, and then re-enter, in order to renew your visa. I haven’t had to do this before because I’ve either left the country anyway, or had been issued cushy visas through Proximity that bypassed that hassle. This disappointingly short Quora response makes some sense, I guess: “The main reason for this is likely to ensure that, should your visa be denied, you will not have the option of entering/remaining in the country.” However, with Myanmar’s eVisa system, one is able to secure the visa while still being in the country. What gives?

At first I was going to simply overstay my prior-issued work visa ($3/day fee and a light scolding at the airport is the extent of the damage, from what I’ve heard). Turns out that the sponsoring company who issued me the visa wasn’t too excited about that, so I had to make a last-minute pivot, apply for a tourist visa yesterday (buys me another 28 days), book my flights for a same-day trip to Thailand, and here I am, sitting in Don Mueng airport in Bangkok.

So now I have some more time to think about the absurdity of this. I received a visa, but instead of being able to go to some central location like the Immigration Office, and be like, “Hey guys, here’s my visa approval letter, can you stamp my passport and then we can call it day?” Or maybe just go through the departures immigration stands at the airport and walk back through arrivals immigration stand. Nope, $186.50 later, I get to spend the afternoon at Don Mueng airport. [note: there’s a chance there is an easier way, in which case this paragraph will make me sound stupid, but that’s ok]

Glass half full, I got to see a mind-bending display of airport mega-commerce (I think it was 10+ check-out stations for luxury duty-free wares) at the airport: 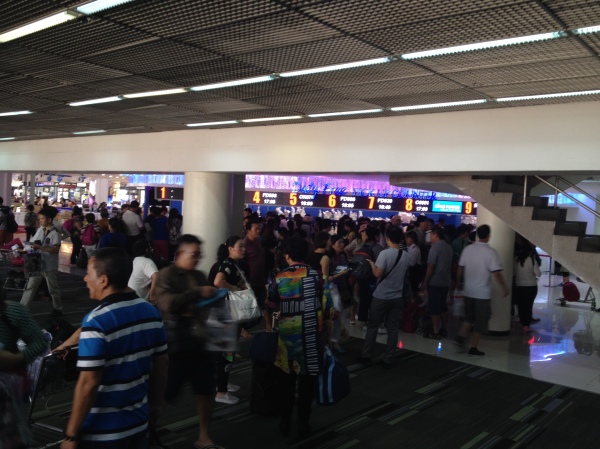 If this were to become a more regular ordeal, I’d probably try to see if there is an easier way, despite the daunting complexities and language barriers that seem, at least on the surface, to exist.

It’s also probably good I’m not testing the boundaries on the overstay given that elections (first truly “democratic” ones in ~50 years) happen on Sunday (the day before my visa expired).

Anyway, in other news, I had a chance to go bowling last night with some friends from Proximity. Talk about a throw-back bowling alley:

The grandfather clock is an interesting addition. 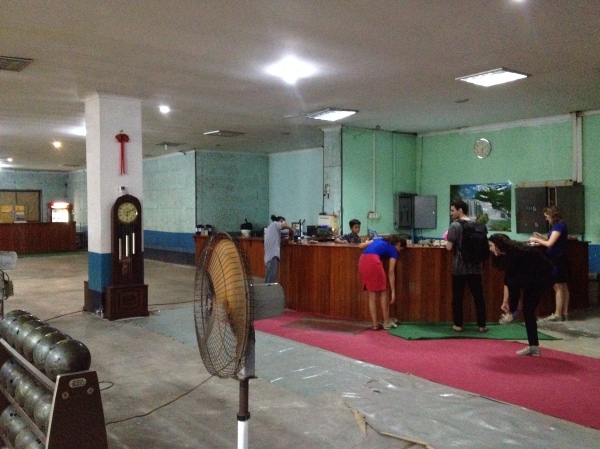 Keeping half the lanes off seems to be a power conservation thing. 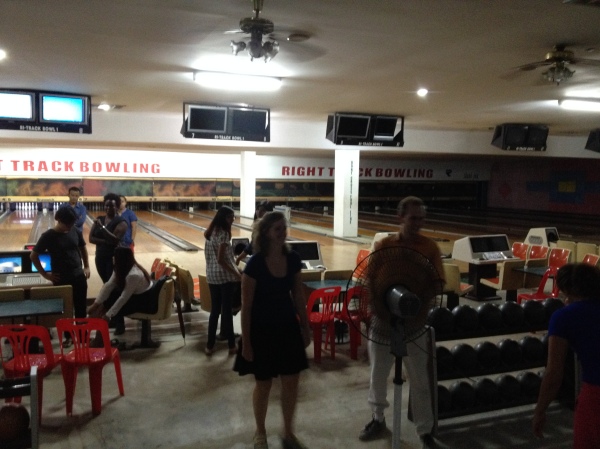 I actually had the best game that I can remember. All those elementary school bowling classes at Bradley Bowl coming back to me!

Hoping for an uneventful trip back to Yangon this evening. Will plan to post again with more transparency around next steps. This tourist visa has lit a bit of a fire under me now to try and hammer out those plans.