This has been a busy week on the work front as I’ve been juggling work on both our existing energy business as well as a potential new product introduction. With that said, I’ve still been able to do some exploring and have noticed some interesting things.

First, I’m becoming better banked now. I set up a kyat bank account so that I can now avoid paying fees on ATM withdrawals. I also tested out making a withdrawal directly from my USD account (which has now successfully received a direct deposit from my salary (all good things!). I also got set up with the mobile banking app on my phone, and I also purchased a password generator from the bank so that I can access my accounts via a computer.

On the telecommunications front, this week the second private telecom operator has launched. The company is called Telenor, and they seem to have pretty good plan options for data (I heard that it is also pretty inexpensive to call the U.S.). I haven’t been able to pick up a SIM card yet, but I am hoping to buy one soon.

Here is a picture of one of their locations (in Hledan) on opening day (last Sunday):

On the social front, a couple friends and I went to a very cool art gallery / restaurant that helps employ kids who would otherwise just be living on the street. It is called Linkage. 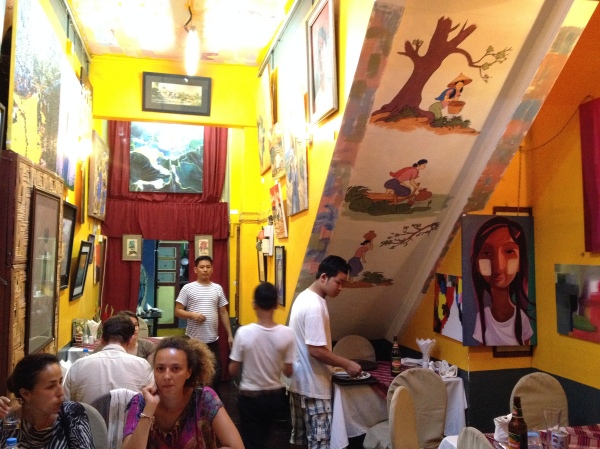 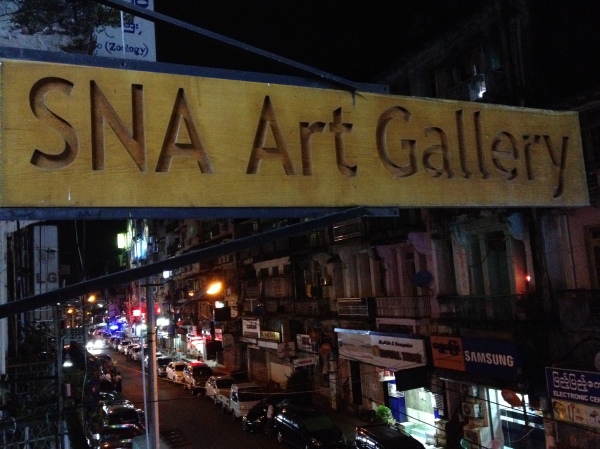 I’ll end his post with a couple other random items.

First, I saw a billboard around the Inya Lake area of Yangon advertising for what appears to be an MBA program. Seems to be another indication of development occurring in the country.

Second, I have been hearing that some of the taxis run on compressed natural gas, which is apparently cheaper than petroleum fuel. It was a little unnerving when I turned around and saw the container right up against my seat!