I finally visited the largest pagoda in Yangon, called Shwedagon (shwe means “gold” in Burmese). I went with one of my Buddhist colleagues who typically goes to Shwedagon with her family. Her cousin also joined us. Given my Catholic beliefs, the religious component didn’t resonate, but the compound was huge. 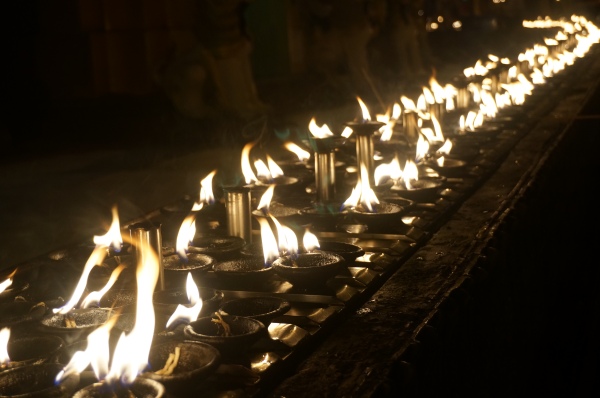 There was also a section that animated the story of Buddha. Unfortunately it was in Burmese so I couldn’t read it. 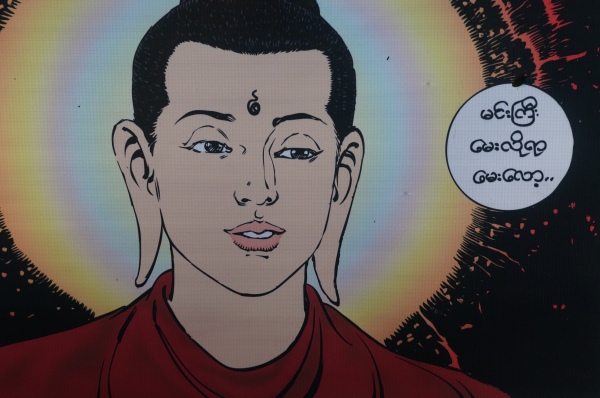 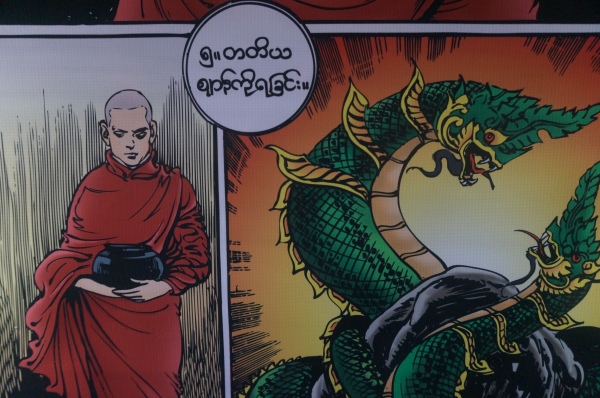 I have asked a couple colleagues about Buddhism, but I only get bits and pieces. It would be interesting to learn more about the religion so that I have some context for when I visit these sorts of pagodas.

On a sour note, I just recently got sick again (the fourth time). I was so frustrated because this was at a very well known restaurant that many others go to, and the person I went with (a French guy) was fine. I didn’t eat anything raw, but I guess that still wasn’t good enough. I do have a garlic food allergy, and there appeared to be a lot of garlic in the dish that I had to pick out, so I’m not sure if that was part of the issue.

If you think about it though, I’ve been here for about 7 weeks, which is about 49 days. If you figure that I have been eating out every meal, that would be 343 meals eaten out at restaurants. Maybe you can shave off a few from when I’ve eaten at someone’s house (and a few from skipped meals from being sick), but nonetheless, if I’ve gotten sick 4 times, that means I’ve gotten sick just about 1% of the time that I’ve eaten out. When thinking about it in those terms, I guess it’s not that bad. The answer? Start cooking my own food! As for this bout of food illness, I am feeling much better today (I took some more antibiotics (Cipro) and anti-vomiting medication).

Finally, despite yesterday being a rough day on the health front, I was able to move from the hotel into more stable housing. I am now living with the co-lead of the Proximity design team, who is a very nice guy and a practicing Christian. His current roommate is also still here for the next couple of weeks.

The apartment is beautiful (they designed it themselves, down to the furniture), and I am blessed to have the opportunity to stay here.

I filmed a video walkthrough (apologies for the low resolution) which you can see here (the password is “Myanmar”):

That’s all for now. I hope you’re all well, and make sure to keep in touch!

One thought on “Shwedagon Pagoda, Falling Ill (Again), and a New Apartment”