For the past few days I’ve had a head cold (surprisingly, the first non-stomach related sickness I’ve had since arriving a little over two months ago), so I have kept things pretty low-key (trying to sleep more and stay in during the days when I’m not working).

Fortunately, the apartment in Yankin is very open and airy, so I don’t feel cooped up when I am there. With the extra time on my hands I’ve been reading more about Buddhism, which is such a visible part of everyday life here for so many people. I found it interesting reading about the Buddha, a man (not a self-proclaimed god) named Siddhartha Gautama who lived around 500 BC and who claimed to have broken the cycle of suffering that he equated to life on earth. From what I’ve read, it seemed that the Buddha broke from Indian Hinduism and the idolatry and spirit-worship that formed a critical part of the religion (Buddha apparently did not consider himself a god and did not want to be worshiped). It’s incredible to see how much the religion morphed since then. Almost every pagoda I have visited has Buddha statues and open worship/prayer in front of them.

I have asked some Buddhists about paradoxes that I see, but have not received fulfilling answers. For example, many Buddhists believe that they should not kill (including things like insects), but many eat meat. I have also asked who they pray to.

Granted, I have not spoken to a monk, and only have a few data points, but I feel that Buddhism has become more about the rituals and traditions than the underlying teaching of the Buddha. Even in my own experience with Catholicism I know that it can be easy to simply not think about the tough questions and march through with rituals and traditions to keep a clear conscious. But I believe growth happens when those tough questions are engaged and wrestled with.

It’s interesting to consider the similarities between Buddhism and Christianity. In Buddhism, the concept of karma is similar to the Christian concept of sin. Many of the fundamental Buddhist commandments are similar to Christian commandments, as is the underlying drive toward compassion. A critical difference appears to be that in Buddhism the individual/community is responsible for clearing sins (or karma), which can take many lifetimes (thus enters reincarnation) and strict following of a series of rules, versus Christianity’s belief that Jesus came to Earth to free us from our sin, and that we need to recognize that we need his help and saving grace and can turn to him for love and forgiveness (by dying on the cross He has paid for all of our sins: past, present, future).

That really just scratches the surface, ad I am generalizing as there are many types of Buddhism, but I figured I would share some of my thoughts.

Here is a picture of a Buddha statue covered in gold leaf. People buy sheets of this and stick it onto the statue: 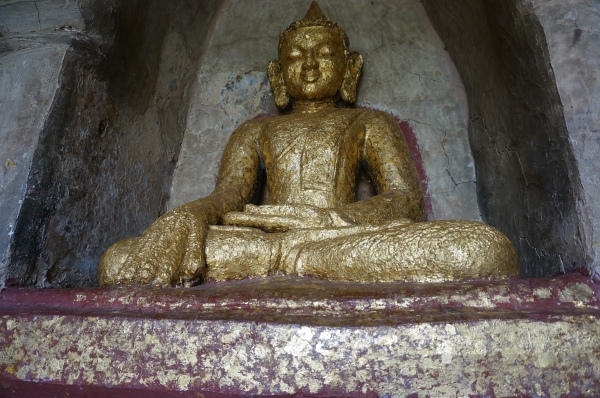 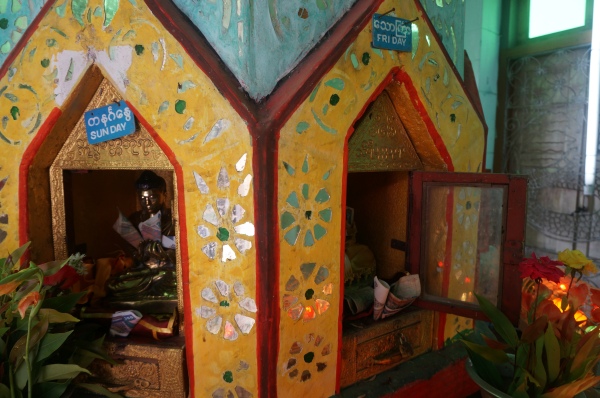 2 thoughts on “Keeping it Low-key & Learning about Buddhism”