Today at the office I was handed a slip of paper and was told that it means I have a package being held at the post office. Walt, I think this is the cable you sent me via USPS (thanks for sending!).

Apparently if it is sent through the standard mail system then something like this note is delivered and a pick up is required, whereas if I third party delivery service (such as DHL) is used, they will make the delivery to the location given that they have an independent network.

This is a great experiment, and I’m looking forward to seeing if the package arrived in one piece. I was told from one of my Burmese colleagues that papers and magazines usually make it through but that if it is something more expensive then sometimes it gets “lost” in the system (a colleague from Australia said that a DVD she was sent for her birthday was “lost”).

Apparently there is only one post office (downtown), and I heard that they still use paper ledgers. I just need to find a time to make it there between 9:30am and 2:30pm Monday-Friday.

Here’s a picture of the slip I received: 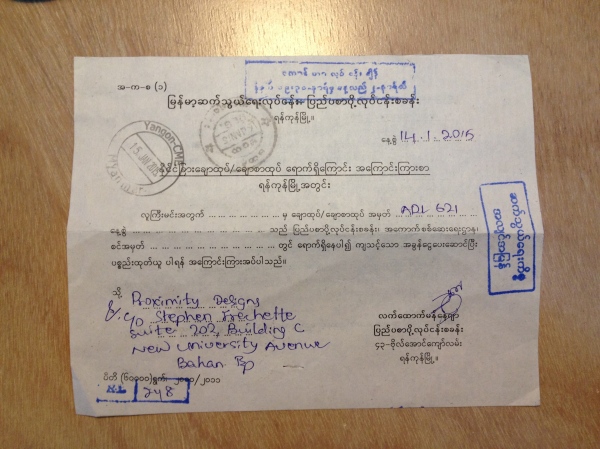 On a separate note, I’ve been loving the Shan vegetables that we’ve received. You can see in this picture that last night I sautéed some eggplant and fennel, as well as prepared a salad, a homemade honey vinaigrette, and some multigrain bread (I bought the bread). It was delicious! 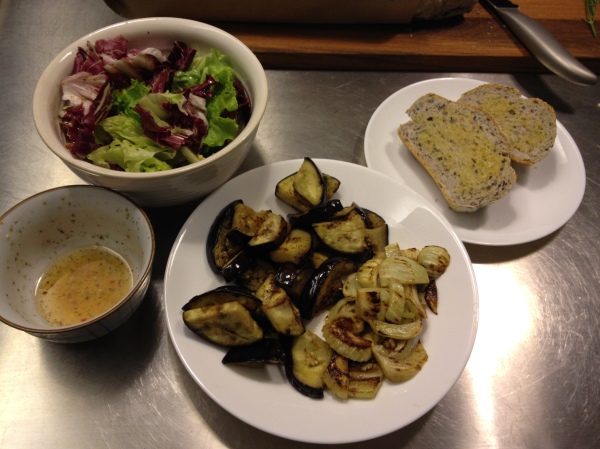